As described over on this post about “Shows” on RockPeaks, Promo Videos belong to a special kind of show:

Promotional videos by their nature do not belong to any kind of traditional “show”, as they are released individually by record labels and bands. For every calendar year, there is a show called “Promo Videos from XXXX” where XXXX is the year. We categorize these promo video “shows” as “temporal groupings”.

When you are adding newer promo video clips from YouTube, you can generally tell what year a promo video was released based on the date the video was published.

If you are working with a collection of promos from a compilation DVD however, the information about what year a promo was released may not be as readily apparent. The dates might be included on the artwork, in a text info file, or perhaps on screen as a super on the video. Have a look in those places first.

In a lot of cases however, you’ll need to do some internet sleuthing to determine the correct year. This is the case with the example we have worked with in previous posts, the “Essential Squeeze” DVD. (The first post can be found here, part two is here.) As you’ll recall, the disc had 12 live performances and 24 promos: 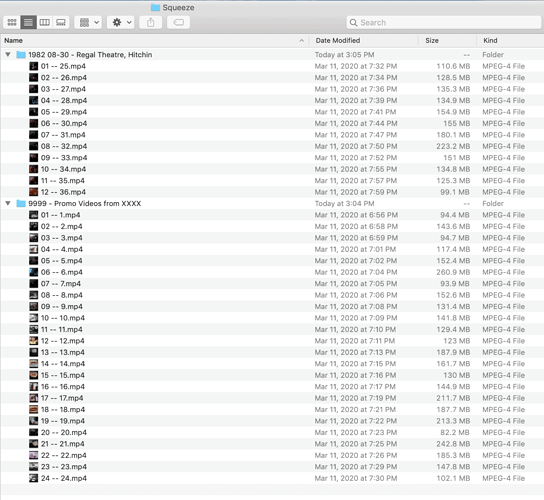 All 24 promos are in one generic folder right now, which is named “9999 - Promo Videos from XXXX”

When we run the folder through Filebot, as described in this post, the files will renamed like this, which gets us a lot closer to what we want for final naming and organization: 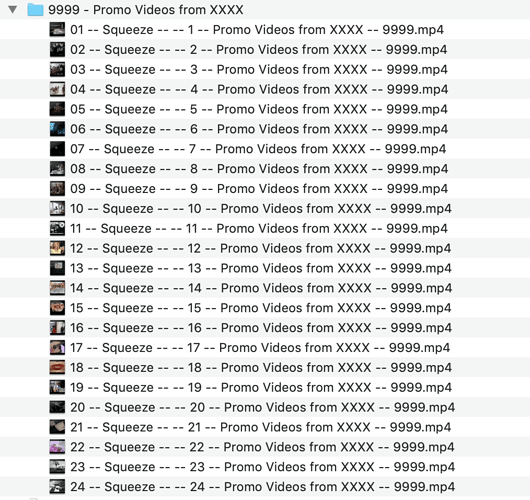 The next step at this point would be to manually paste in the clip titles, giving us this: 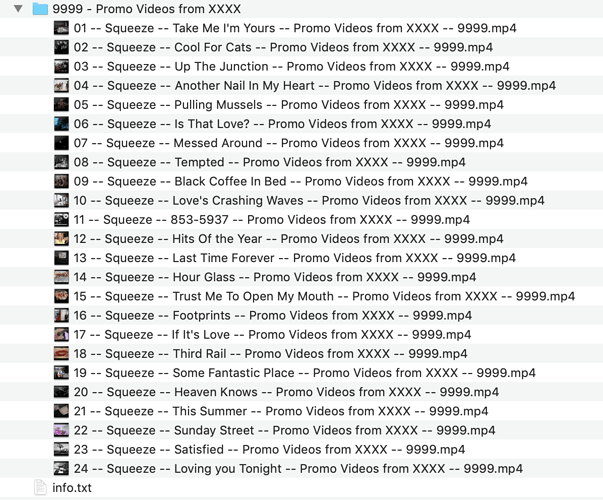 OK, now time to do a bit of Googling. Sometimes using the name of the artist and the word “videography” will yield some useful results, like this page for instance, from our friends over at the Internet Music Video Database. However, there are only 9 videos, there and we know there are at least 24 promos for this band, based on the DVD.

There are a couple of other pages with partial information in this case, as well as copies of a lot of the videos on YouTube, where the description will usually have the year the song was released. It can be time consuming to gather dates from multiple places however, what we really want is one page that lists all the dates.

In most cases, we can find such a page on Wikipedia, sometimes as part of the the main article about an artist or a band, or very often as a separate “Discography” article, as is the case here. If we’re lucky there will actually be a section listing the music videos and their dates, but if not, we can use the “Singles” section, since the release date for a single is a good proxy for when the video for that song would have dropped.

With a little bit of cut and pasting work back and forth between two windows, we can add it the show names and year dates like this: 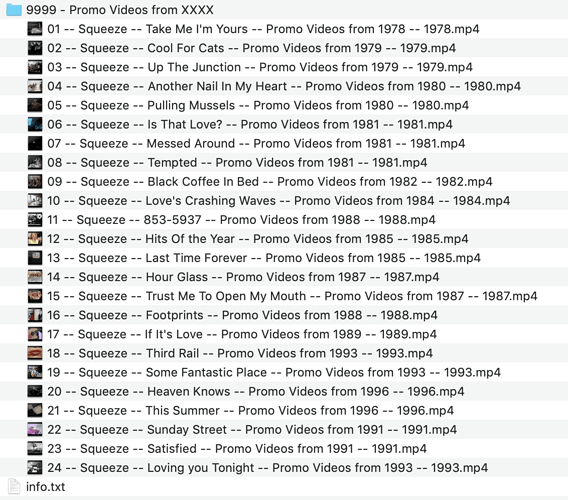 Now we need to make individual folders for each of these shows. We can just work through the list from top to bottom, copying the show name text every time we hit a unique one, and creating a new folder. Remember to add the date at the start of the folder – just the year in this case, no month or day – so that the folders will sort chronologically. 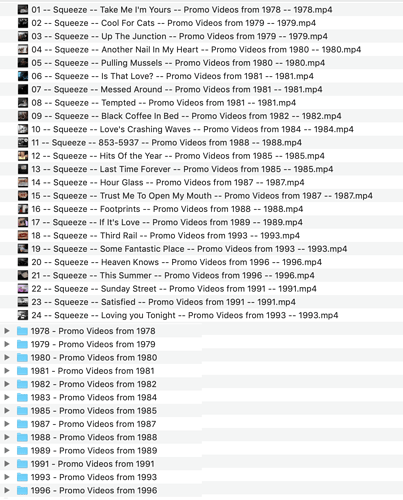 Then we just file the videos into the appropriate folder. At this point the sequence numbers are no longer useful, as we won’t be preserving the original running order of the DVD in this case like we would if this was a concert, so we can trim those off as we go. When we’re all done, we have this: 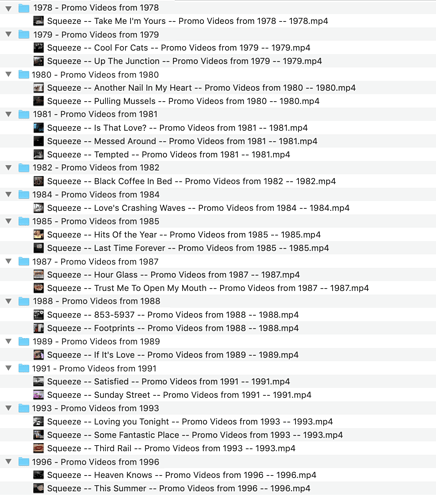 That’s it. Promos take a bit more work than other Clip types, but this process should help speed things up as much as possible.